What they are and why we need ’em

Ad agency creatives know what it’s like. You’ve come up with a fantastic idea for an ad, a one-liner or an image that, at first glance, seems to nail the brief. Right now, you’re feeling great. Like you can walk on water. Like the whole world is going to applaud your uncanny creative abilities.

But the thrill is short-lived. At first, the client is admiringly receptive and loves your idea. Then the questions start: “This is awesome. But what if we also wanted to say yadda yadda or blah blah.” “Can we do a version of this for our trade show stand in Munich?” “Could you do another couple of ads like this, so we can see how it might work across our product range?”

The problem is this: Your precious concept, ad or one-liner isn’t a Big Long Idea. Instead, it’s a one-off wonder.

Your brilliant idea works just fine in a single context or two, but it’s not powerful enough to support an entire campaign or if you’re working at a corporate brand level, an entire company in the long run.

Those of us who have been in the business for a while, are probably pretty good at making sure that every idea we take forward in a creative process fits the bill for a Big Long Idea. But I know that’s not necessarily the case for newer entrants to the world of advertising. So how can creative newbies consistently come up with Big Long Ideas instead of Small, Short Ones?

Some years ago, I began to think of each communication concept our agency created as an “Ad Machine.” In other words, to be a Big Long Idea, there had to be an underlying, easily repeatable structure – one where you could replace a few of the elements, yet keep the strength of the central concept alive and well.

Let me give you an example. It’s that series of ads again from BBN’s partner agency in Milwaukee. Their creative team came up with the fantastic idea of focusing on copper sulfate as a heavy metal – and playing on the music world to give it a creative spin. The campaign, which ran in 2015 and featured pseudo heavy metal rockstars, delivered a technical B2B message in an eye-catching and entertaining way. 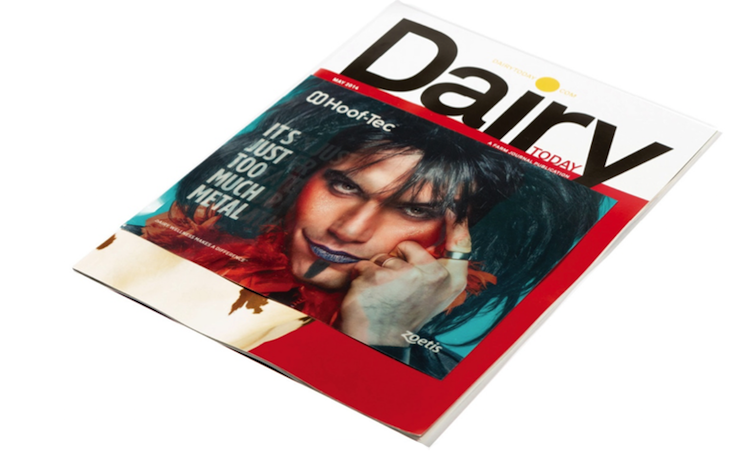 What makes this campaign a Big Long Idea? A simple Ad Machine approach that says each new one-page ad idea (as one of the media formats in which the concept was executed) should show:

Having defined their Ad Machine in this way, I imagine Bader Rutter’s creative team could have kept on coming up with new, consistently strong and on-message ads until the cows come home.

Are there exceptions to the rule of the Big Long Idea? Of course!

Try a Google Image search for VW’s famous Think Small ads, for example. For many of the concept’s versions, the central idea was the same every time; nothing was replaced. The picture of a small car on a big, blank background was the same every time. The only thing that changed was the body copy at the base of the ad, telling a slightly different part of the storyline each time.

The VW ads were consumer-focused, of course. So what about the B2B world? Take the well-known McGraw-Hill Magazines ad – also known as the Man in the Chair. 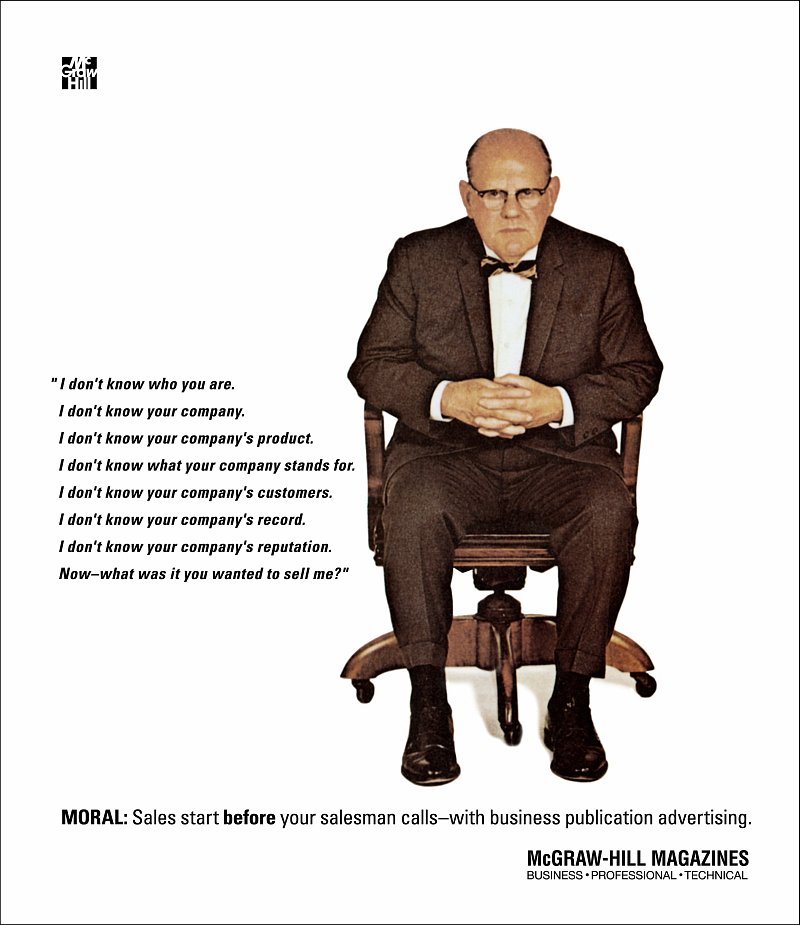 It’s a single, hard-hitting ad that works in a B2B world. Its message is so powerful, in fact, that no other versions are even necessary to get the point across.

So yes, it can be done. But in the world of B2B advertising, you’ll need a lot of talent and a ton of luck to succeed if developing one-off wonders is your aim! Start with the intention of creating a Big Long Idea, and you’ll more likely to please your clients time and time again.

To learn more about how BBN is helping businesses create Big Long Ideas that go the distance, check out some of our work.

This is an article from BBN’s Buzz Magazine on creativity in B2B marketing posted by Posted by BBN Denmark (cylindr).

Don’t get into the box

Four themes for B2B marketing in 2021